Panorama of independent publishers in Brazil. 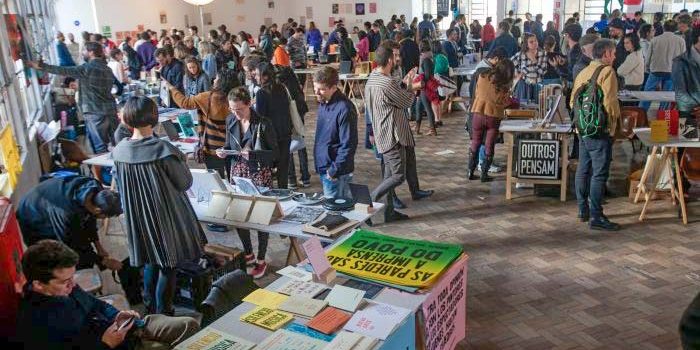 Panorama of independent publishers in Brazil.

Smaller publishers contribute to the diversity of the literary market by betting on authors outside the standard of a large publishing house. This plurality is the motto of independents in various areas. Large publishers need to make a profit, so it is likely that their investment will always be in lower-risk securities, by authors already recognized, and it is common for authors from the south-southeast of Brazil, whites, men, to be privileged. Independent publishers take more risks, publish authors from all regions, poetry, short stories, photography, the artist’s book, zines, art, novels, trans literature, black, indigenous authors, in short, there is greater diversity, a greater space for everyone. The arrival and success of the independents depends a lot on the diversity they brought to the market. The possibility of having more publishers, with different views, with publications that go beyond the traditional ones.

They brought a new way of thinking about the book, either with new authors and titles, or with new ways of relating to readers and selling the book. Some factors explain the significant growth in the number of small publishers, or independent publishers, in Brazil.

The first is the demand for books for different audiences in the market. The explanation is that in times of crisis, major publishers tend to bet only on commercial successes while products for other readers stop being launched. With this vacant space and people, especially after the internet, finding their subjects of interest, there is a demand for differentiated books. The second factor that benefits small publishers is digital printing, because it makes short runs cheaper. In a large publisher, on average, between one thousand and three thousand copies are printed, so that the unit value is competitive in bookstores. However, with the new model of editorial production, books with few units became part of the market. Today we can make books in short runs (1, 10, 50, 100 copies) with a higher quality than that offered by major publishers, authors who strive to find their readers, participate in fairs, events, soirees, of debates.

Publishers have been featured in important awards such as the Oceanos Award, dedicated to Portuguese-language literature, released the 4 semifinalists of this year’s edition. Thirty-seven books are Brazilian, proving once again the relevance of the production of authors from the largest Portuguese-speaking country in the world. The list reveals another detail: despite the crisis and the difficulties imposed mainly by the pandemic of COVID-19, smaller publishers stood out with a large number of nominations. For example, the publisher from São Paulo, Patuá, founded 11 years ago, had five books indicated:  As solas dos pés de meu avô, by Tiago D. Oliveira (poetry), Cerração, by Alexei Bueno (poetry), Contos de antes, by Ana Vargas (short stories), Monstruário de fomes, by Ruy Proença (poetry), e Véspera: debris, by Pedro Mohallen (poetry). The independent publishers also took seven of nine categories in awards from the Biblioteca Nacional: in the short story category, the award-winning book was Sem Vista Para o Mar, by Carol Rodrigues, published by Editora Edith. Carol also competes with the same work at the Jabuti Award, the largest literary award in Brazil. In the poetry category, the winning book was “A Dimensão Necessária”, by João Filho, published by Editora Mondrongo, which is headquartered in the city of Itabuna, in the interior of Bahia, and has been standing out for several years with independent publications from several books. The essay category was divided into two awards. In the first, social essay, the literary trophy went to the book A Casa da Vovó, by Marcelo Godoy, published by Editora Alameda, and which narrates crimes of the military dictatorship in Brazil (1964-1985). In the second, a literary essay, the award went to A Ficção de Deus, by Gustavo Bernardo (Editora Annablume). Brazil, a country of diversity and bibliodiversity, therefore, anyone who wants to know the best of Brazilian editorial production cannot look only at books published by the “big” in the market. There are a huge number of publishers in Brazil that deserve attention for the quality and solidity of their catalogs, built on the basis of knowledge that the biggest players in the sector are not able to imitate. Among the independent publishers, there are some of the best publishing labels in the country. Depending on the area of activity, it is in them that the best literary and essay production in the country can be found, for adults and children.

There are publishers whose titles are a reference, throughout the country, in areas such as education, popular culture, Afro-Brazilian culture, Brazilian history, Indians, women, sociology, literature, literary criticism, marginal literature, zines, comics, etc.

I am sure that a close look at these companies will reveal one of the most beautiful brands of Brazilian society today: their cultural, political, religious, intellectual and literary diversity.

Some of the most important book fairs of independent publishers by states. 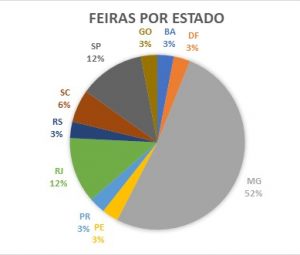 Some of the most important independent publishers by Brazilian states. 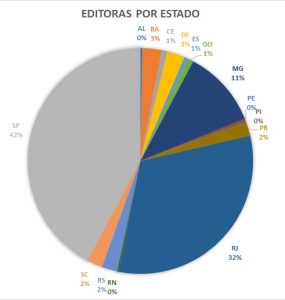